I have recently returned from a two night trip to Disneyland Paris with Breakaway and Air France.  I had never been to Disneyland Paris before, so I was extremely excited for the adventure to begin. We had an early morning flight with Air France.  The service was very good with in flight snacks included such as sandwiches, teas and coffees.  We arrived at Charles De Gaulle airport and after a 45 minute transfer we checked into our hotel the 4*, Newport Bay Club. 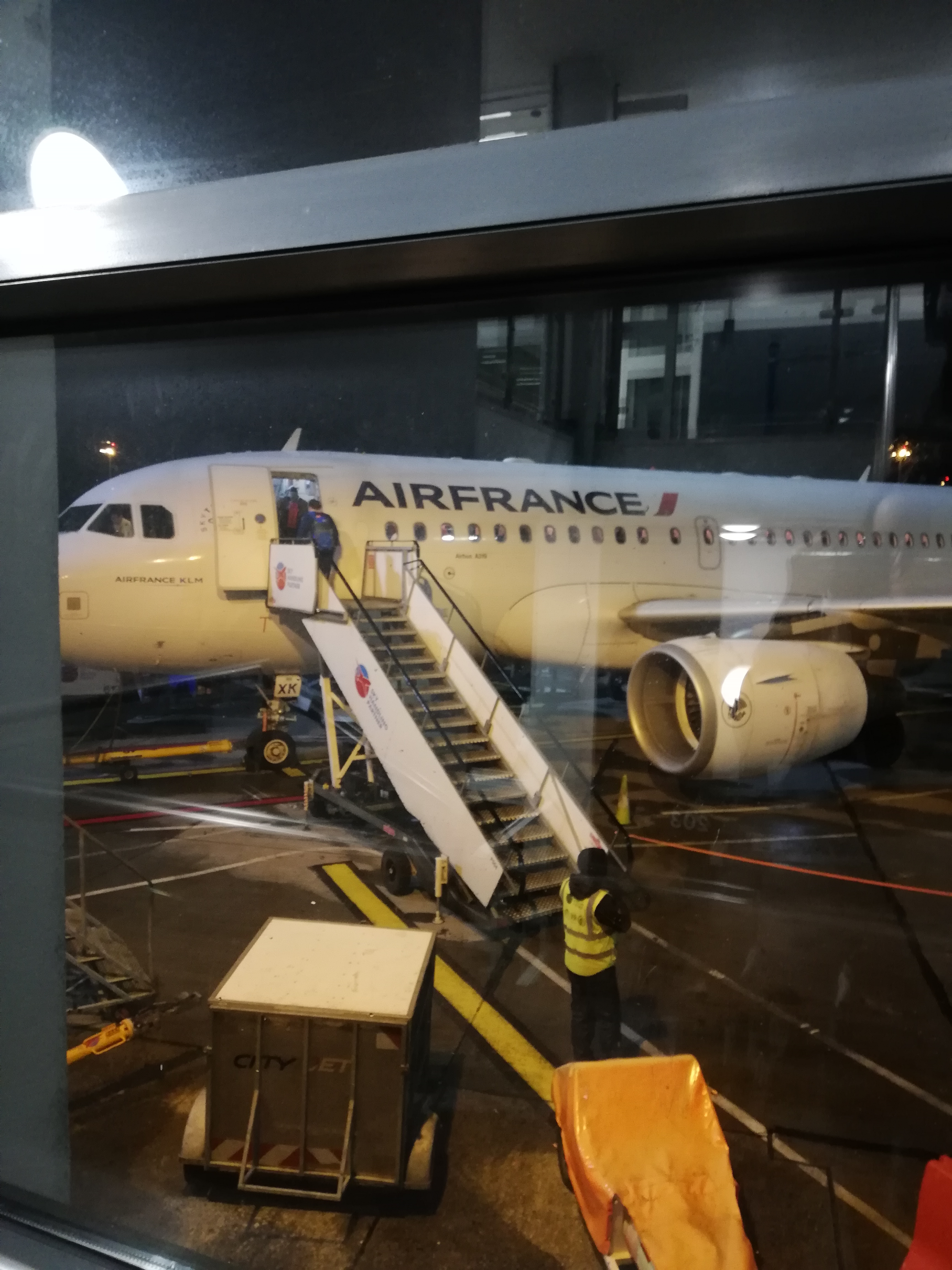 We were given Disney photo passes which allowed us to download photos that were taken throughout the trip onto the Disney Photo Pass app. We were also given fast passes which allowed us quicker access to various rides in the park. This helped us greatly as we avoided some of the lengthy queues throughout our stay.  When we arrived to the park on the first day we were beyond excited! The park is truly magical.  I loved all things Disney as a child and a visit to the park really brings your childhood memories to life.

The walk towards the park along the lake is beautiful. You do feel very safe in the park.  There is security at the entrance and exits and everyones bags are scanned.  The shopping area at the entrance to the park is great with Disney shops, bars and restaurants.  The grand entrance where the 5* Disney Hotel awaits, is extraordinary.  It can only be described as a true Disney palace. The park was decorated for Christmas while we were there.

After trying some of the rides we had lunch at Agrabah Café.  It was Mexican themed and had lovely buffet options with a wide selection of starters, mains and deserts. The buffets were a great option if you were in a large group with various dietary needs or general picky eaters!  For the afternoon we had more free time in the parks. We went on the Big Thunder Mountain Roller-coaster which was great fun. The drops were not too steep so it was suitable for all ages.  After the park we were brought to see the New York Hotel which was across the lake from the Newport Bay Club. This hotel is 4* and decorated in a New York city theme with yellow taxis and famous landmarks from the city painted on the walls in the hallways. The New York Hotel is closing in January 2019 and re opening in 2020 with a Marvel Superheroes theme.

An Evening of Exciting Shows

That evening we headed back to the park to Buffalo Bill’s Wild West Show. We had front row seats during the wild west show which featured stunts, horses and actors all while eating a lovely three course Mexican meal. There were also special appearances by Micky Mouse and various other characters throughout the show. The show was really enjoyable as all the actors got the crowd involved in the action to cheer on and dance!

Just when we thought our day couldn’t get any better we transferred from the Wild West Show to the park to watch the spectacularly sparkly Disney Illuminations show.  I still don’t have the words to describe how AMAZING this show was. I think at one stage throughout the show everyone in my group had a tear in their eye.  Sleeping Beauty’s Castle was lit up for a twenty minute show as Mickey Mouse led us through a dazzling display of Classic and new Disney stories. The special effects were incredible along with the fireworks and water display in perfect harmony to the music. The show features glimpses into the stories of the Lion King (my personal favourite), Frozen, The Little Mermaid and much more!  The show initially opened to celebrate Disneyland’s 25th Anniversary in 2017 and it happens daily, weather permitting. 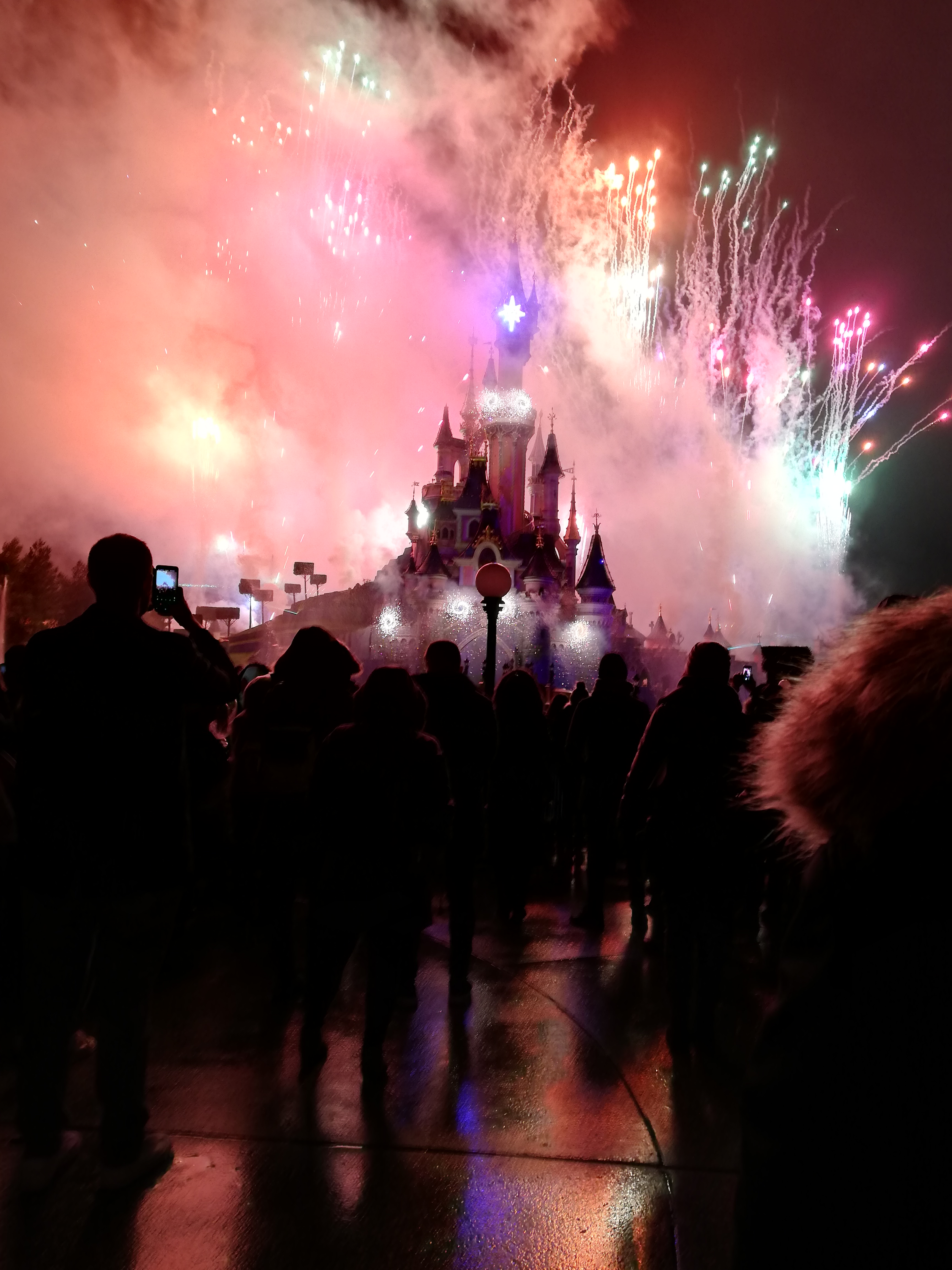 We hopped on a bus to Villages Nature Paris. It is about a fifteen-minute drive from Disneyland. The resort has 5 immersive worlds: The Aqua Lagoon, The Extraordinary Gardens, BelleVie Farm, Forest of Legends, Lakeside Promenade along with a selection of aminations and activities.  There are a wide range of self-catering apartments on site suitable for families and couples. The resort is open to the public for day trips also. The delivery of an electronic bracelet and a map to each client at the time of arrival at Villages Nature Paris lets them explore the resort.  Meals are not included in the entrance price, but there are a wide variety of dining options at the village.  Activities such as pony club, cookery, gardening, treehouse building workshops, bowling, are organised during a day visit at Villages Nature Paris.  The Aqualagoon is one of Europe’s largest covered water park with a wave pool, slides, jacuzzis and an outdoor pool which is naturally heated to 30 degrees all year.

After the tour of the resort we got a shuttle bus back to park where we had lunch at Captain Jacks, a Pirates of the Caribbean themed restaurant. There, we had a lovely three course lunch which included various meats for starter, beef or fish for main and a selection of cakes for desert.

During our meal we met Captain Jack Sparrow who appeared at our table. I jumped up to get a photo with him as he was always one of my favourite Disney characters.  After the meal, we had a surprise encounter with Mickey Mouse! This was a VIP meeting where we got to meet the main mouse and get a photo with him. During our stay at the park, it was Mickey’s 90th Birthday! Who knew he was that old?!

We headed back to the park to ride more rollercoasters!  One of my most feared rides in the park was the Tower of Terror. I love all kinds of rollarcoasters but one that drops from a height made me want to avoid it!  The lovely, but persuasive group I was with refused to let me skip it and I’m glad I didn’t! It was the best attraction in the park and something for all ages. Sometimes you just have to face your fear and that’s when you really will make memories.

In the evening, we gathered on the main street in the park to watch the Disney Stars on Parade. The parade was amazing and the floats were fantastic with every last detail considered.  All the characters really interacted with the crowd also.

Our final day began bright and early for breakfast. We spent the morning touring the various Disneyland hotels.

The hotel was in a beautiful setting next to Lake Disney. The hotel was renovated in 2016.
The theme is 1900s coastal maritime filled with luxury. It was only a fifteen minute walk to the park or a few minutes on the free shuttle bus. At certain times of the year by staying in a Disney hotel, customers have the option of gaining extra magic time where certain sections of the park opens up to an hour earlier. The rooms are extremely spacious and decorated with a nautical theme. The breakfast each morning was amazing with a huge selection of pastries, breads, meats and cooked breakfast options.  At each Disney hotel you also have the option of meeting Disney characters.  Families can take a photo or selfie with their favourite characters before making their way to the parks.

This hotel is Wild West Coyboy Themed. The rooms are decorated with a Toy Story theme and the rooms have been recently refurbished. Walking around the hotel grounds really feels like you’re walking around in a Western Film set. The hotel has a variety of rooms on offer which can sleep up to four people. The hotel has a café, a Starbucks Coffee shop, a Disney shop, indoor play area and breakfast buffet.

The Hotel is in a cosy mountain retreat style with the rooms themed with the movie, Bambi.  The hotel has an all you can eat buffet restaurant, a bar and lounge area.  The facilities on offer also include a pool, but it is currently closed until 31/07/2019 but guests can still use the pools in the Newport Bay and Davy Crockett Ranch. The hotel also includes a sauna/ steam bath, fitness centre, kids play area and Disney shop.

With just a short stroll from the park, this 5* hotel truly was amazing!  The hotel is Victorian inspired. There are many room options available all styled as the 1800’s railroad era. The rooms can be styled/themed to your liking also, for example, if you were on honeymoon or if you wanted a Christmas theme in your room. There are also suites available with park views, or there is an option to have a floor to yourself with your very own apartment. The suites/ apartment packages can include 1 VIP Fastpass per person per day. The hotel has two restaurants and one bar, sauna and steam bath, a pool, a spa, fitness centre, a Disney shop, video games room, Disney Characters Breakfast, playroom, and a Princess for the Day option. This option includes turning a child into a Princess with a makeover, hair styling session and a princess costume.

All good things must come to an end

Before we left the park, we managed to see the Disney Christmas Parade which was so festive! The parade included amazing large floats along with Santa Claus himself!

Already Planning My Next Trip!

I really loved every minute of the Disneyland Experience. The attention to detail in the parks, the hotels, the parades and the shows is great. The whole experience is quite magical for every age.  I would recommend the trip to anyone who is even slightly interested as you will really love it once you arrive! All of the Disney Hotels are lovely and at a high standard and I wouldn’t have a problem staying in any of them for my next trip!  The trip ended up being greater than I ever imagined and I am already trying to decide which weekend in 2019 that I will visit again!

Top Tips for the Park:

You Can Use Disneyland Paris FASTPASS on the Following Attractions: