A Week in Sharm el Sheikh

A Week in Sharm el Sheikh

After a little over 5 hours after taking off from Dublin, we arrived in Sharm el Sheikh. Considering ours was just the 2nd direct charter of the season, it was encouraging to see how busy the flight was. A few couples we spoke to on the flight described it as a destination that will keep drawing you back. Quite a few had been there 5 / 6 times previously. A purpose built city that was constructed initially because of the opportunities for diving & snorkelling which they say is second only to Australias Great Barrier Reef.

A good number of charters seem to have a similar arrival time as we queued for roughly half an hour to get our passports stamped. We were then met and transferred by Red Sea Holidays, to our base for the week, the Sharm Plaza Hotel, part of the Sharm Resort which it shares its facilities with. The hotel is absolutely huge, a maze of blocks with various pools, restaurants, bars and rooms, all leading down to the sea & jettys where you can snorkel directly from. It will take a day or two to figure out layout of the hotel & the dining options etc..that are part of the All Inclusive. 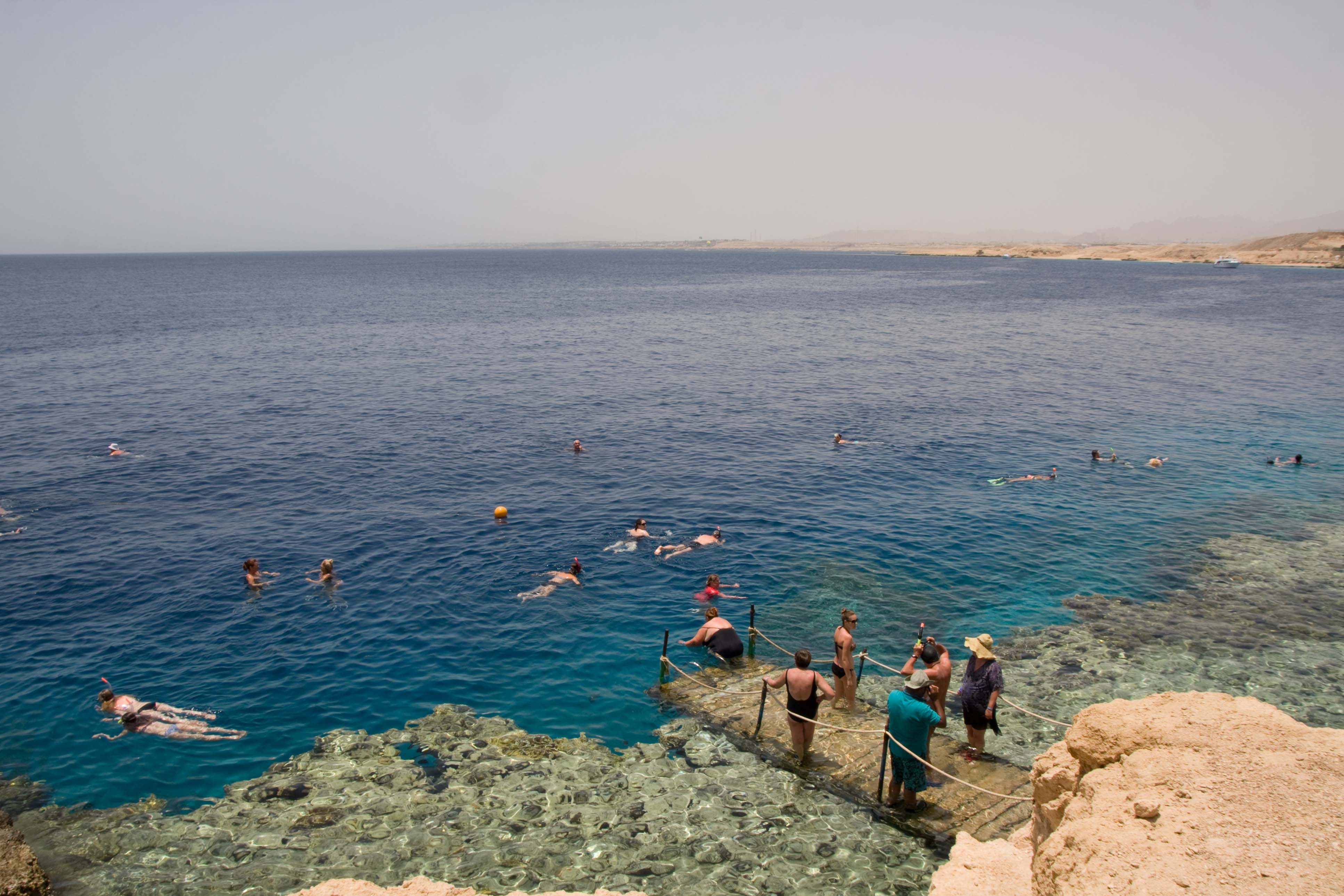 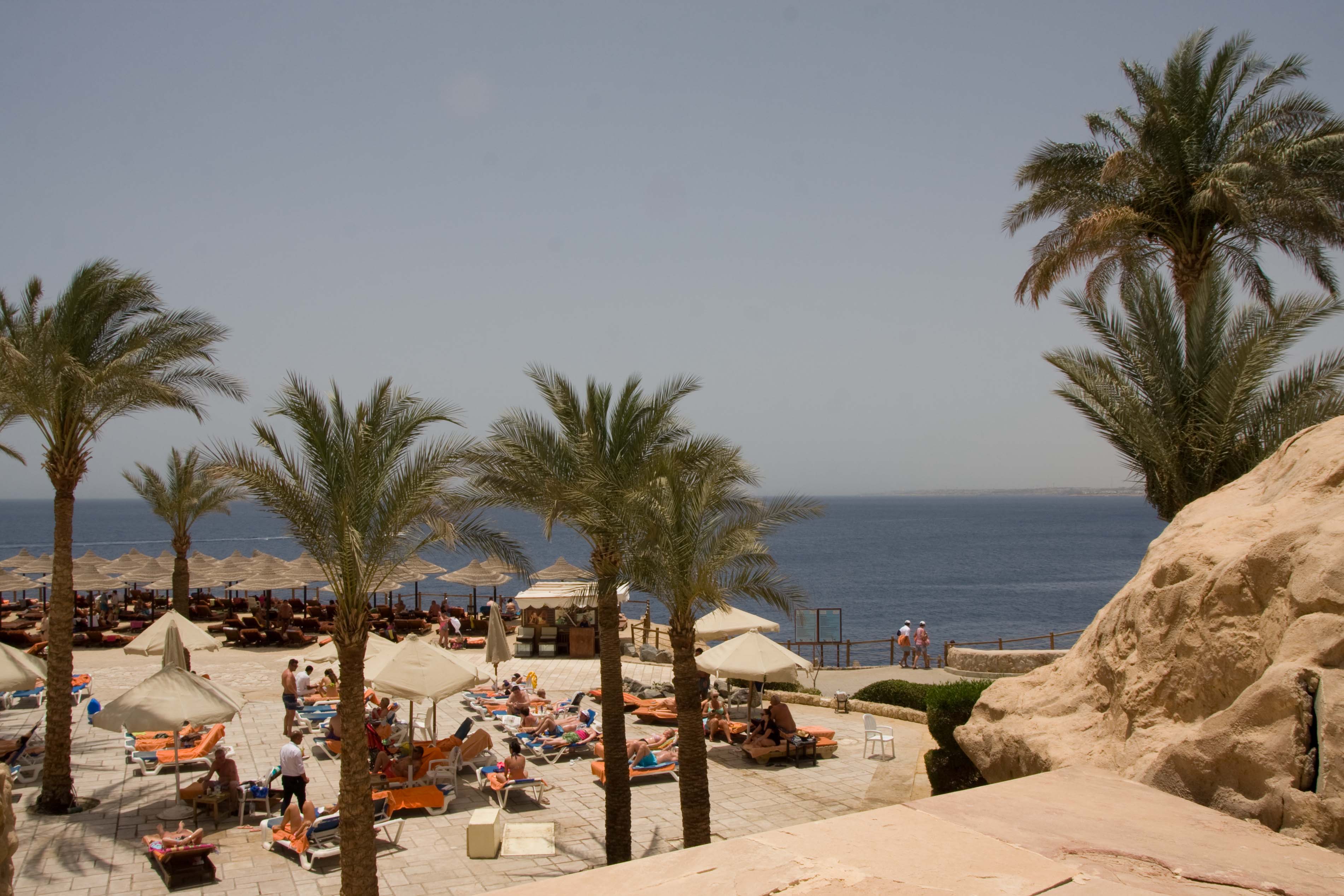 I’m not sure the location of our room could be any more perfect. Our terrace room is just a few steps from the pool on the 2nd level with a view over the sea. Rooms are spacious with free safety deposit boxes. Mosquitos seem to be an issue in Sharm and we’ve been assured by the hotel to call reception day or night and they will spray the room straight away.

Later this afternoon, we’re looking forward to our Bedouins Night in the Desert!

We had a Bedouins & Star Gazing Night organised from Sharm el Sheikh on Friday evening. The transfer from our hotel was half an hour to the Bedouin camp in the Egyptian desert. It was an action pack evening starting with a 45 minute camel ride guided by the local children. This was followed by an introduction to the Bedouin culture including the art of bread making, a tradition that sees the men sit back and wait while the women carry out their bread making duties. It didn’t appear to be a custom that most of the female holiday makers were willing to take home with them! We then took a 10 minute hike to one of the Sinai peaks to watch the sun setting behind the mountains. Everyone had worked up an appetite by the time we hiked back down the mountain where a bbq was ready waiting. The evening finished as everyone lay out under the open sky and learned of the planets & stars. At £40 GBP, the excursion offered a really entertaining evening that gives you a great insight into the Bedouins culture. 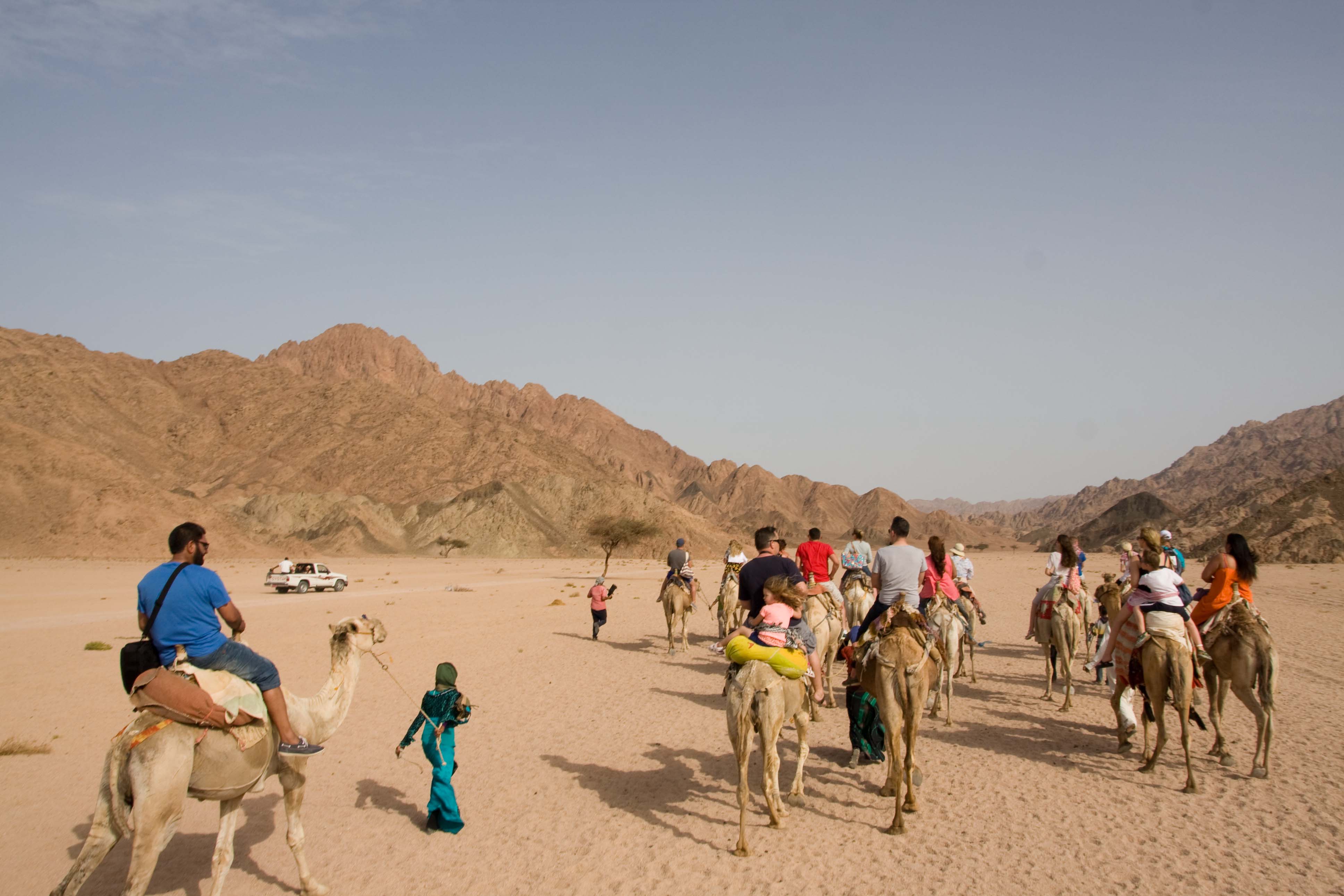 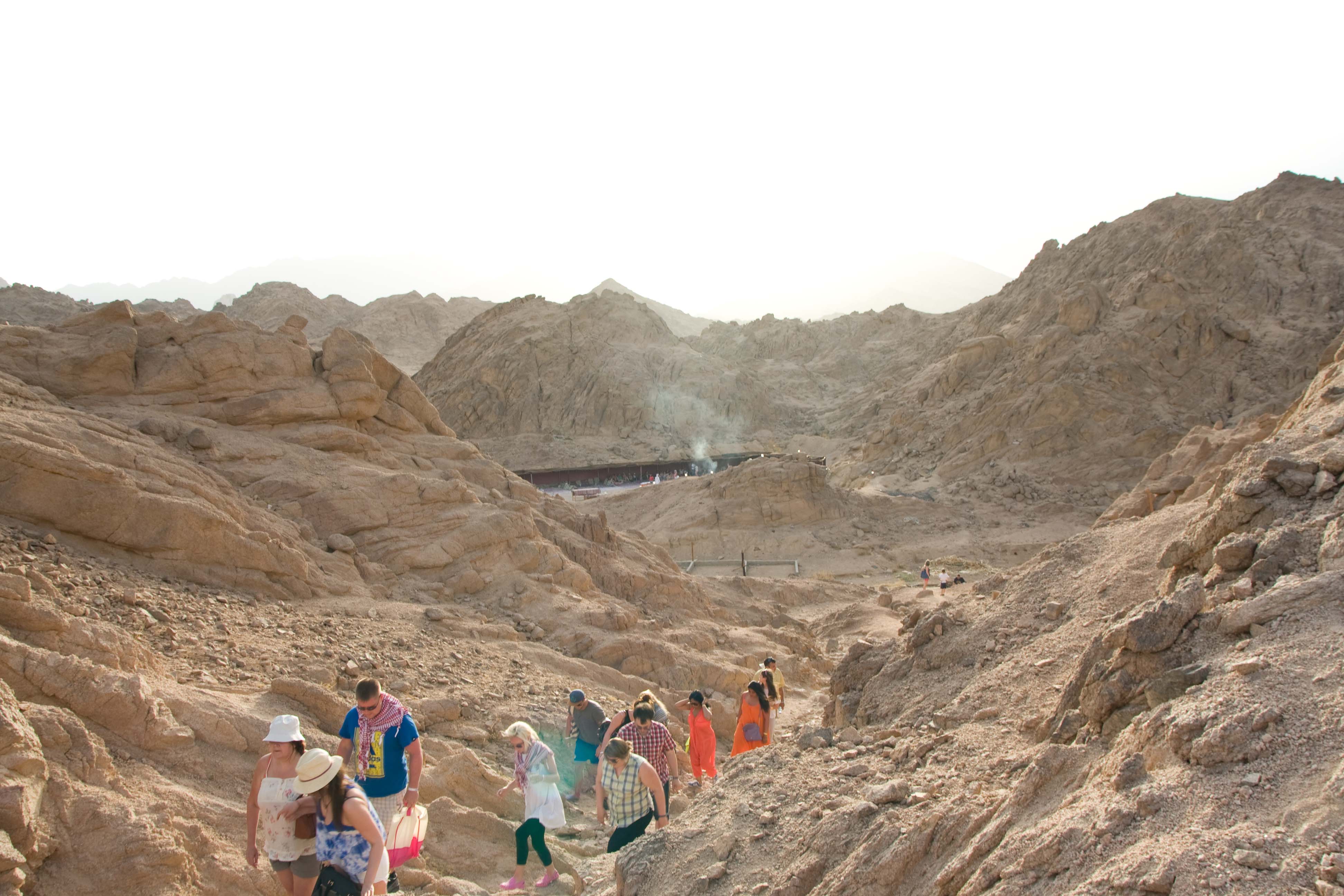 We were collected from our hotel at 8.30am Sunday morning and transferred 20 minutes to the marina for our day on a VIP Cruise excursion that took us to some of the best snorkelling spots the Red Sea has to offer. Setting sail on board our yacht ‘Christina’, the initial journey took just over an hour until we reached our first reef of call. The crew on board were amazing at ensuring everyone was comfortable in the water before guiding us to the best spots. Any nervous or non-swimmers were able to take part as life jackets were supplied and the instructors stayed next to them all the time with a safety buoy. We spent half an hour snorkelling in our first stop before boarding and moving on to the second location, only a few minutes away. Once back on board a bbq was laid on with plenty of food for seconds. Our third and final stop was another hour away which gave everyone the chance to have a little snooze on deck after lunch or catch up online with the free WIFI on board. The full day tour costs £49 GBP and definitely worth it. Considering the coral reef has been at the heart of Sharm el Sheikhs creation, it would be a shame to return without seeing it.

It is just an incredible place. We had been driven past the turn off for it on the dusty dual carriageway, with desert on either side, several times over the last few days. Little did we expect to find the Las Vegas of Sharm el Sheikh when we turned off the main road and walked up to the entrance. It is less than 1km long with masses of shops, bars and restaurants on both sidez and down through the middle of the road. They have a mini ‘Bellagio’ dancing fountain, Heineken bar with the seating area submerged in water, music coming from every venue, shops with all the ‘designer’ hand bags you could wish for and of course the famous Ice Bar. It cost us just under €20 for our entrance into the Ice Bar including a fetching thermal coat and one drink. It’s a great one off experience. The cost of dining / drinking in Soho Square is quite expensive considering you would expect to pay less in Egypt. But it is an absolute must see! 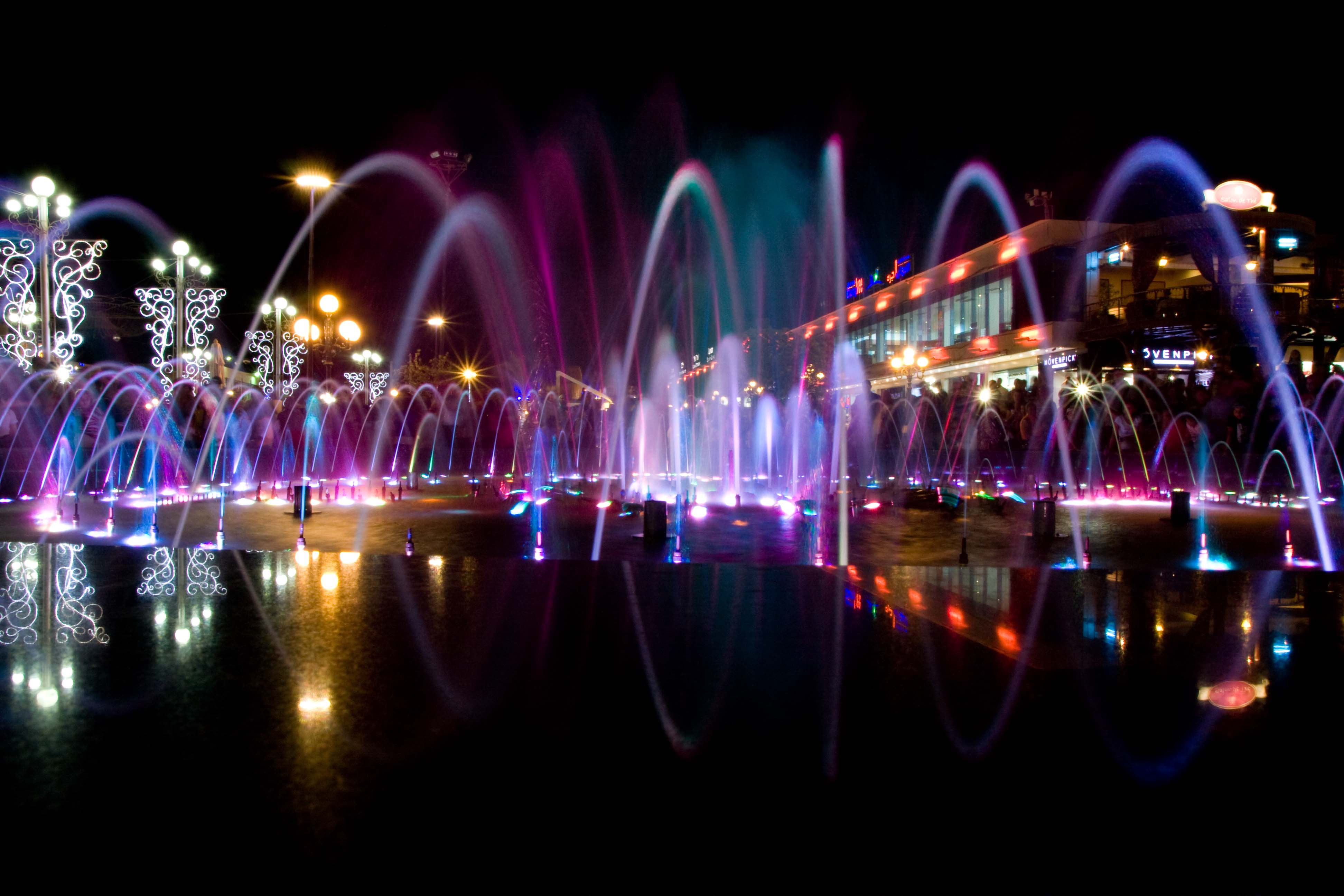 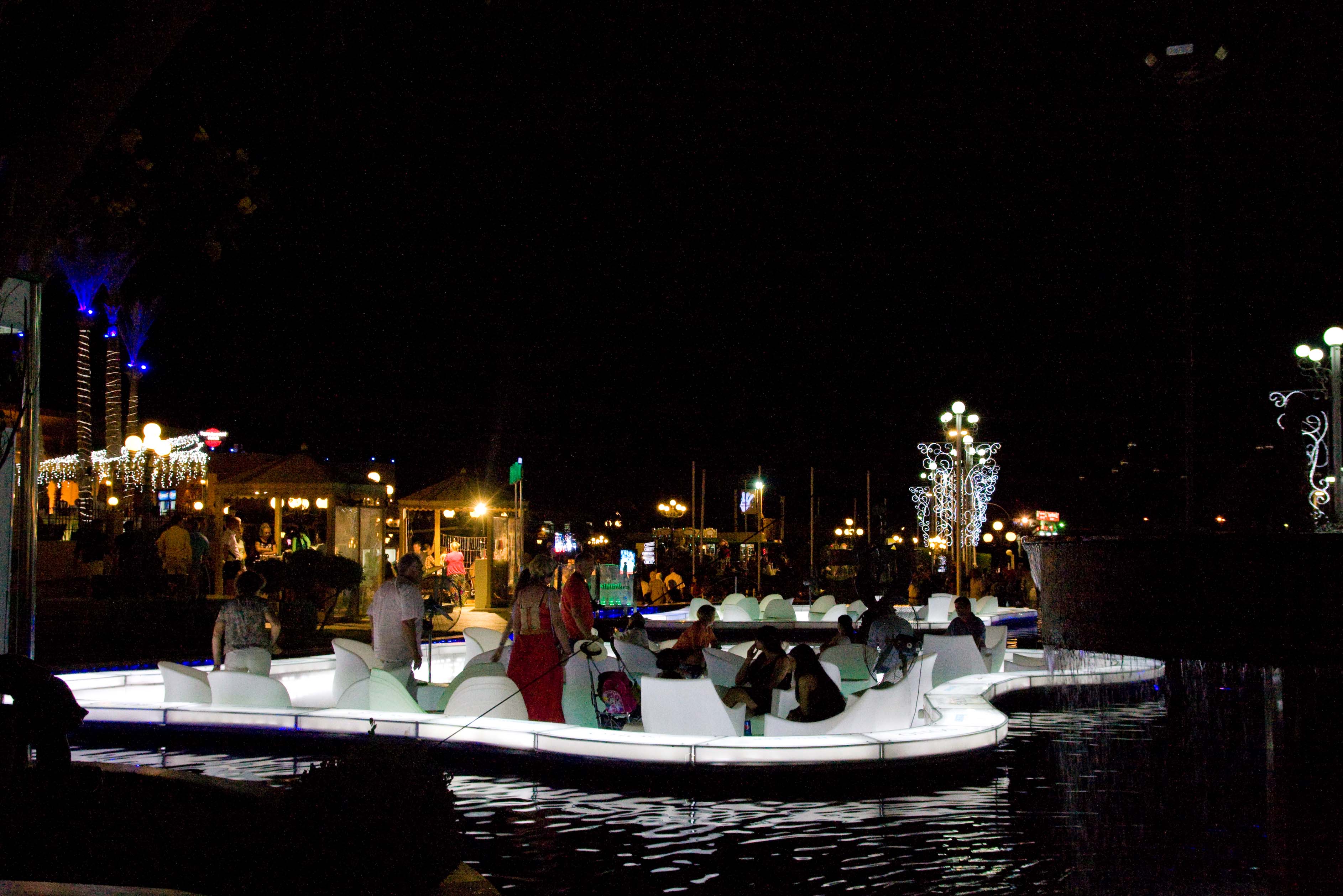 Tuesday morning after a 4.45am pick up to the airport we boarded our 50 seater, propeller operated ‘Petroleum Air Services’ flight to Cairo. I’m a pretty nervous flyer and this was the only reason I was quite apprehensive about the excursion. I needn’t have worried as the hour long flight was a lot smoother than most international flights I’ve been on.

Coming from 5 days of quiet, relaxing, all inclusive luxury in Sharm, the contrast when we arrived in Cairo couldn’t have been any different. Now this really was Egypt. Our first stop was the Egyptian Museum where we spent an hour with our guide Ahmed learning about the Pharaohs and Queens of ancient Egypt and Tutankhamuns tomb. During our hour of free time that followed I paid the extra €10 charge to visit the Mummies Room. I can’t describe how surreal it was looking at these mummies still in possession of their hair, nails and facial features. I think I’m glad I seen them.

Next, on to our half hour Nile Cruise. Cruise might be stretching it but it was a boat and it was the Nile. Again this was at an additional charge of €10 but how can you not take the opportunity.

After lunch it was finally onto the highlight of the day. My first glimpse of the Pyramids was through a gap in some tower blocks as we drove down the city motorway. On a height looking over the city, it was pretty overwhelming to stand next to the Great Pyramids of Giza. There was an option to enter the chamber, crawling through a 60 metre tunnel but with the thoughts of the mummies still at the forefront of my mind, I declined!

As magnificent as the Pyramids were, the drive back to the airport was up there with the best part of my day. Driving through the city streets and seeing how people live today was fascinating. Between traffic violations, street vendors and general mayhem, it was hard know which direction to look. But with a population of 20 million people and 6 millons cars (90% of which are scratched) how could it not be manic! The excursion cost around €300 including visa, plus the optional extras on the day. Quite a lot of money for a 1 day excursion, but can you really put a price on experiences like this. 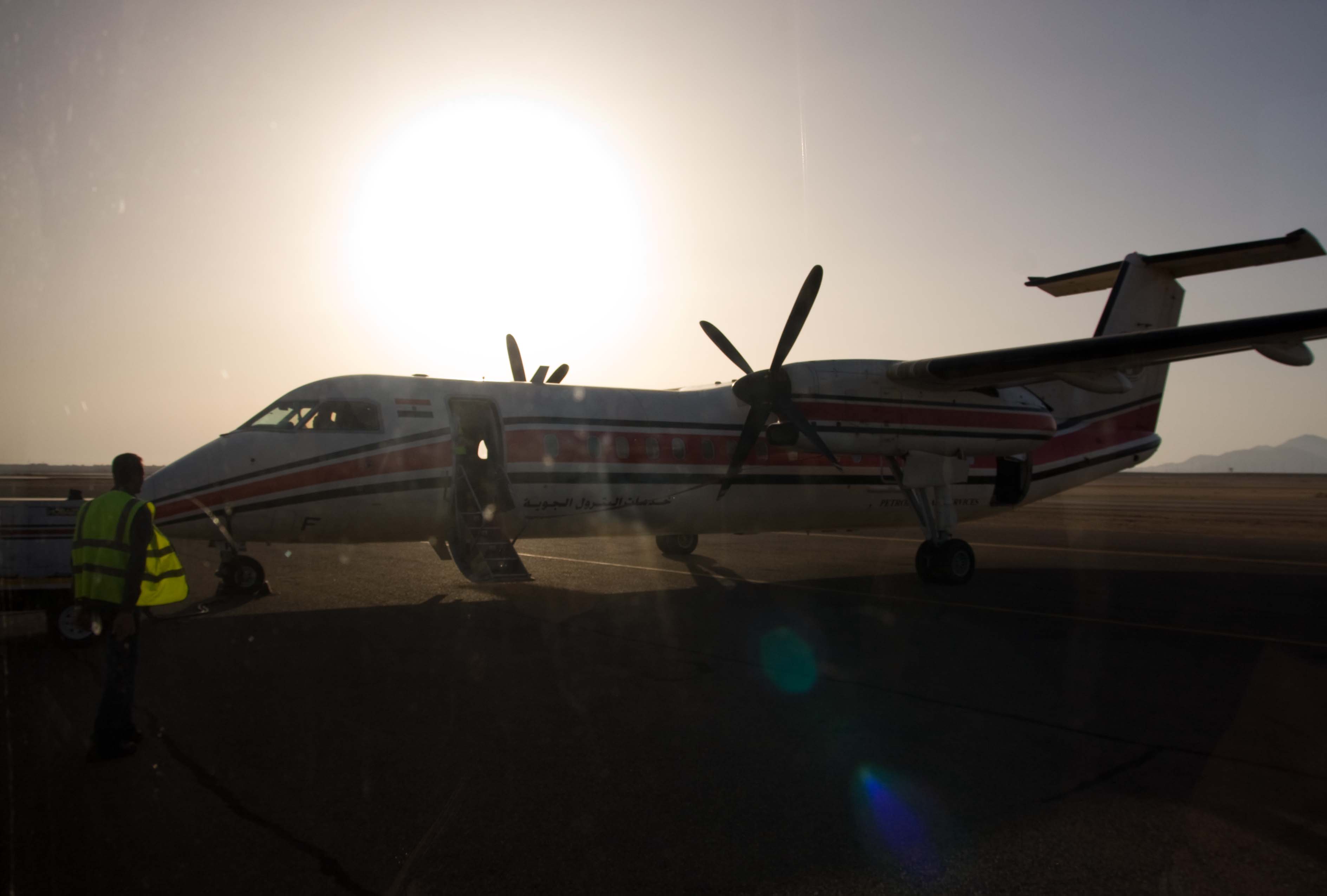 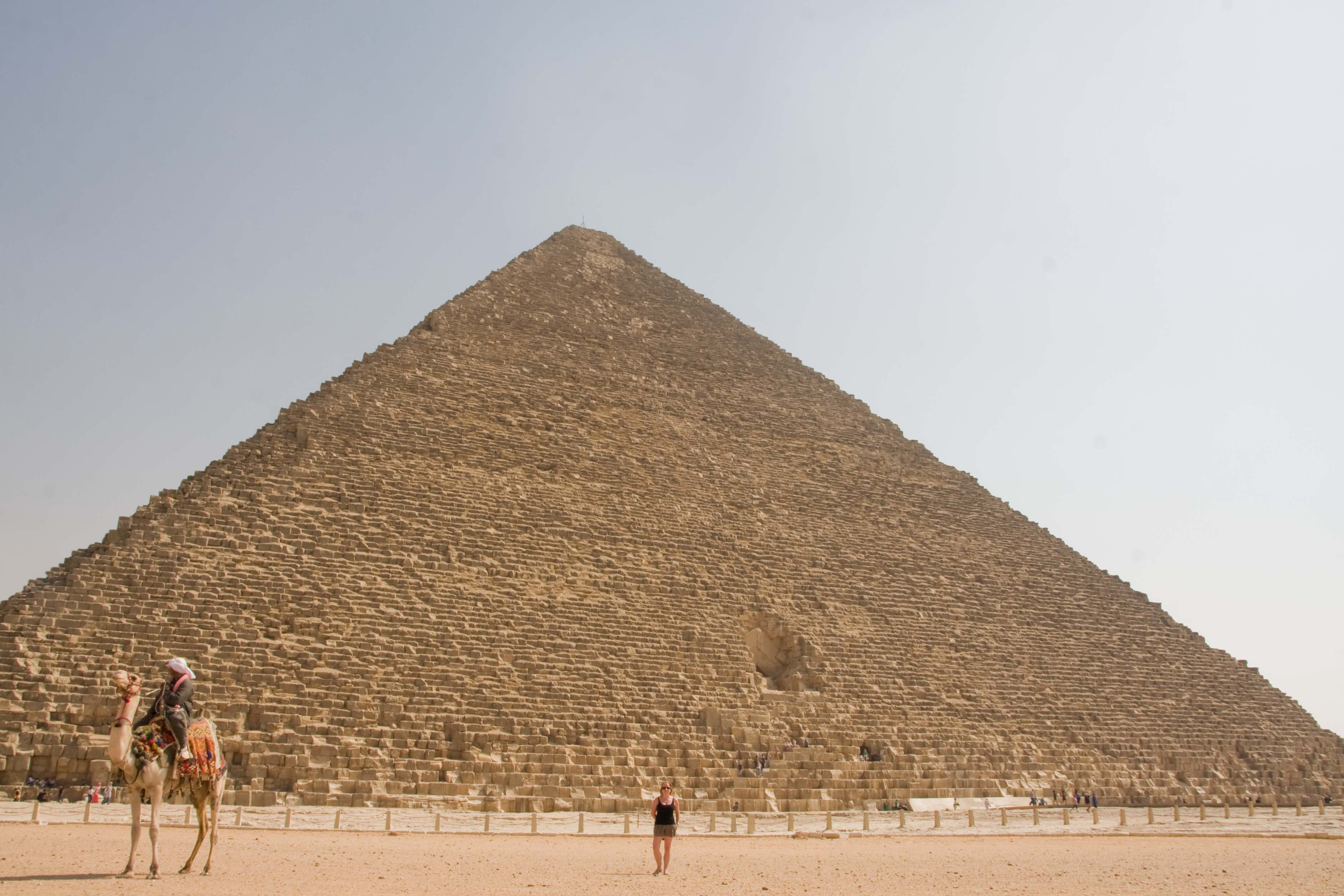 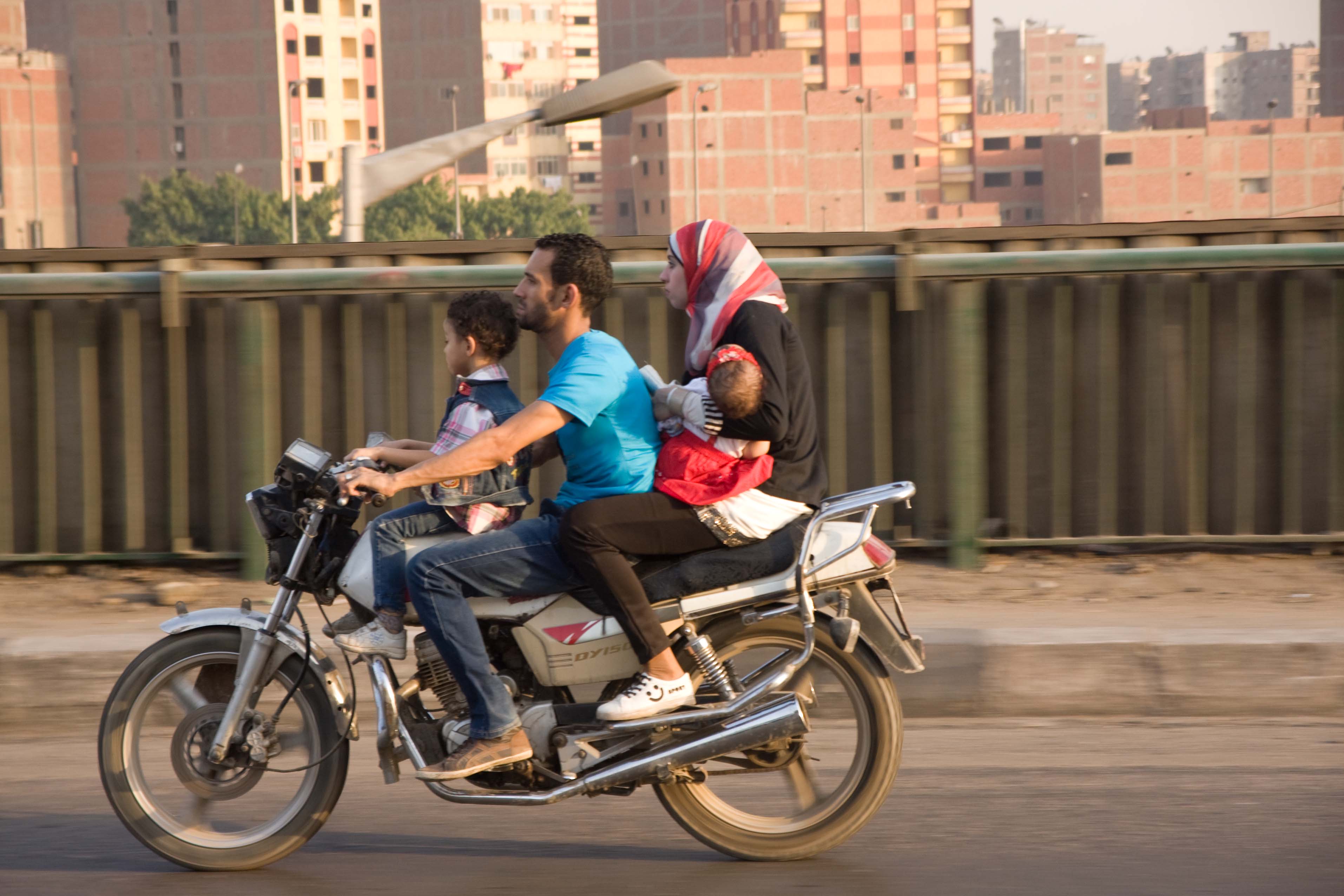 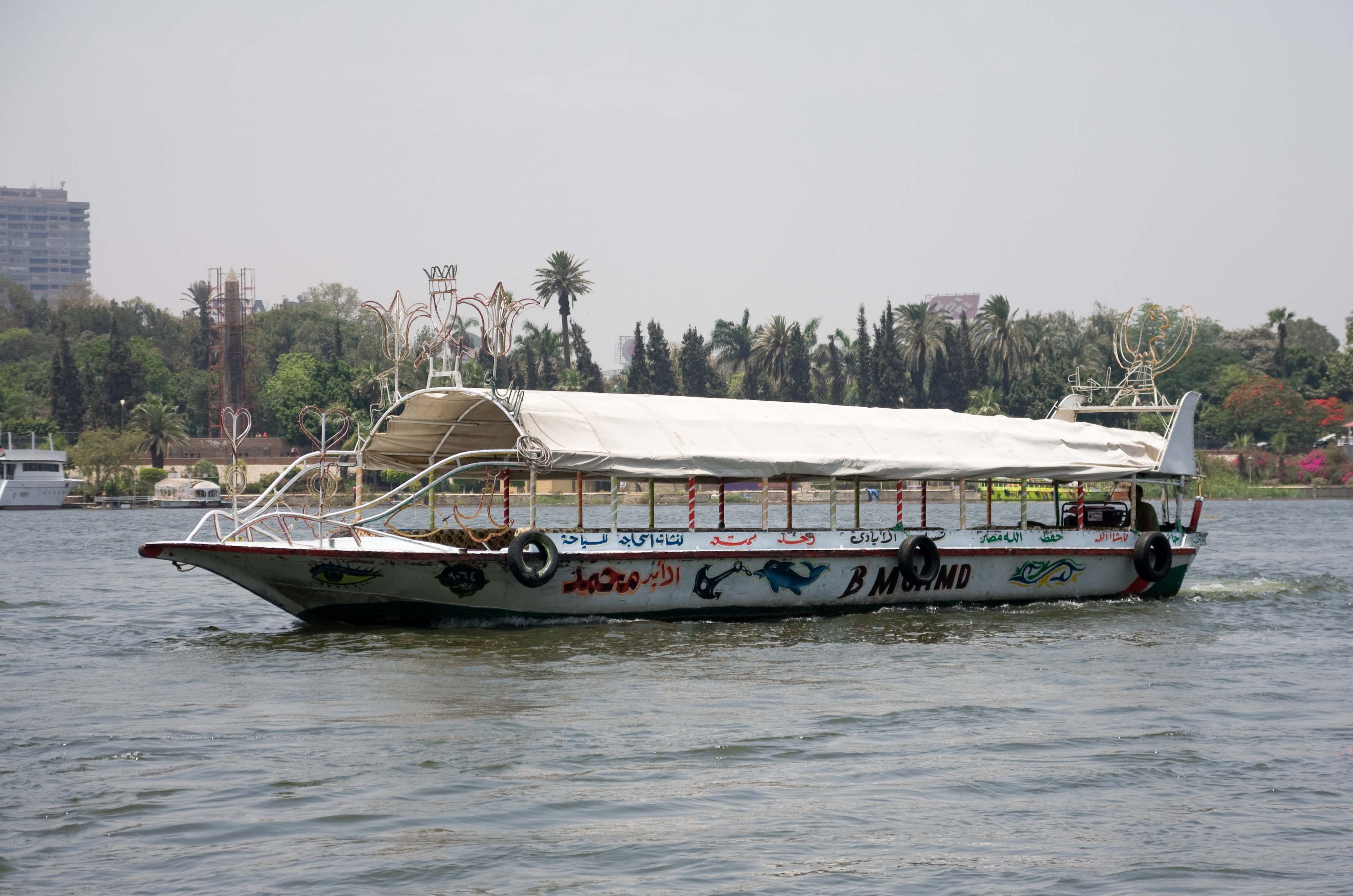 All in all, I thoroughly enjoyed my holiday in Sharm el Sheikh. I was suprised to find that there was so much to see and do considering it is a purpose built resort in the desert.