The advertising strapline for years has been “Incredible India”.

The term could not be more accurate. In a sentence it was the most fascinating week’s travel I have ever experienced. I loved India. The sights sounds, colours, smells, people, diversity, contradictions, traffic, the general madness. India is an experience.

A small group of twelve of us travelled with Emirates via Dubai. We had private transfers, guides and a wonderfully prepared itinerary. The trip we did was “The Golden Triangle”. We visited Delhi,  Jaipur and Agra.

Our first real taste of India was a village walk in Shahpura  on route to Jaipur. On the way there from Delhi we shared the motorway with tractors, elephants and motorbikes loaded with passengers and cargo.  The traffic in India has to be seen to be believed. 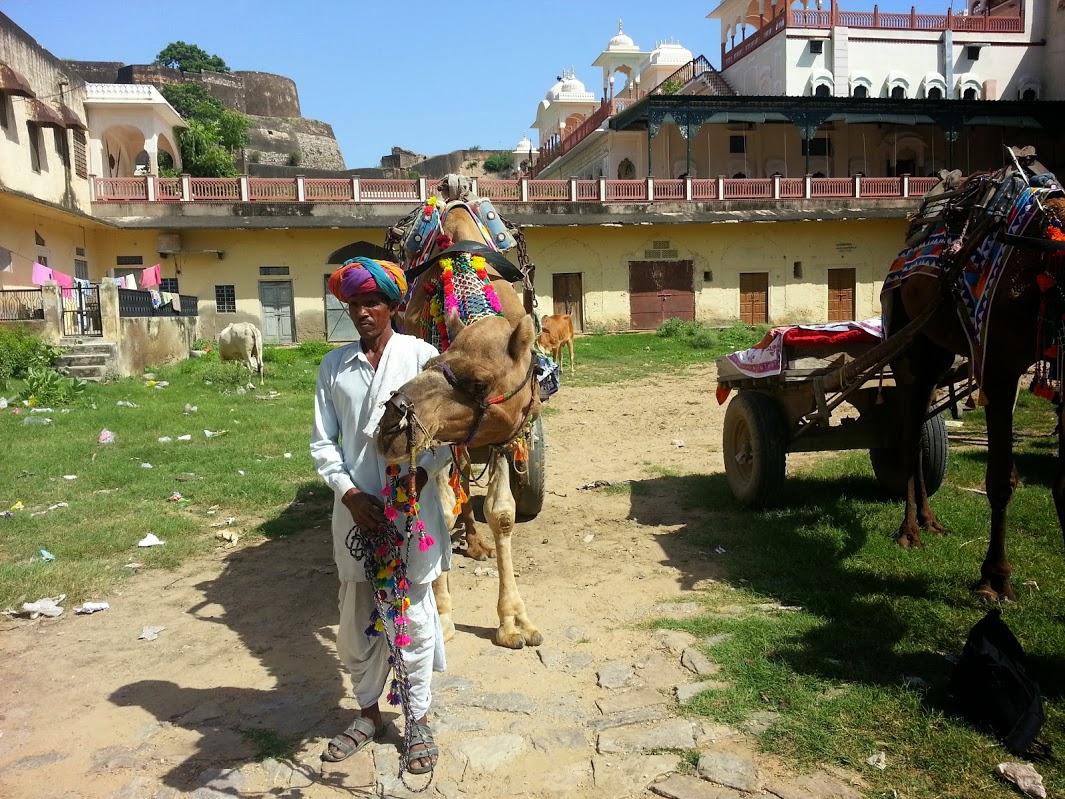 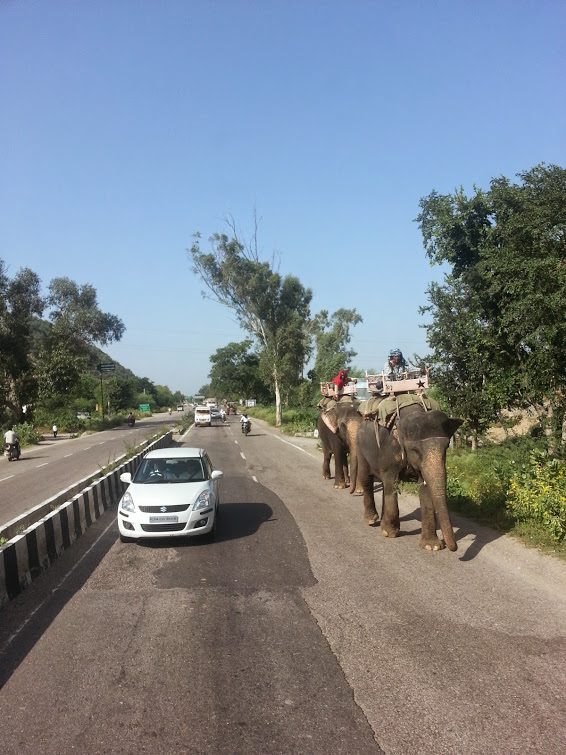 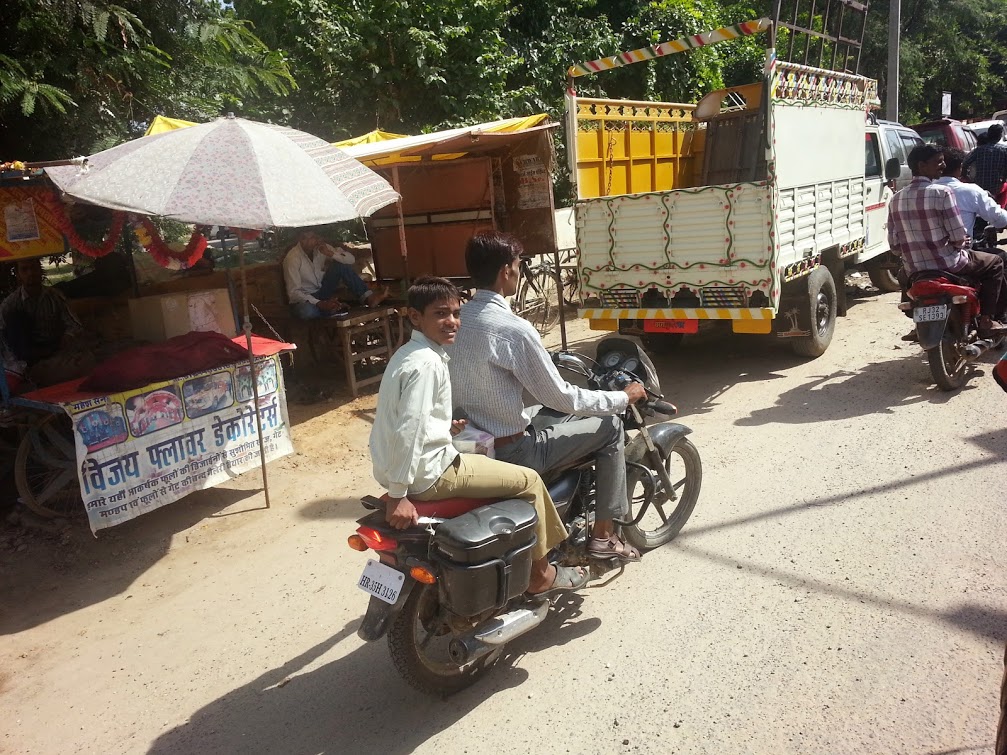 Jaipur, known as the Pink City is the capital of Rajasthan and a wonderful introduction to the history and contrast of India and it is home to the famous Amber Fort. The short journey from the car park to the centre of the Amber Fort, once the seat of power during the 17th century,  is a challenging uphill walk. We took the easy way... by elephant. 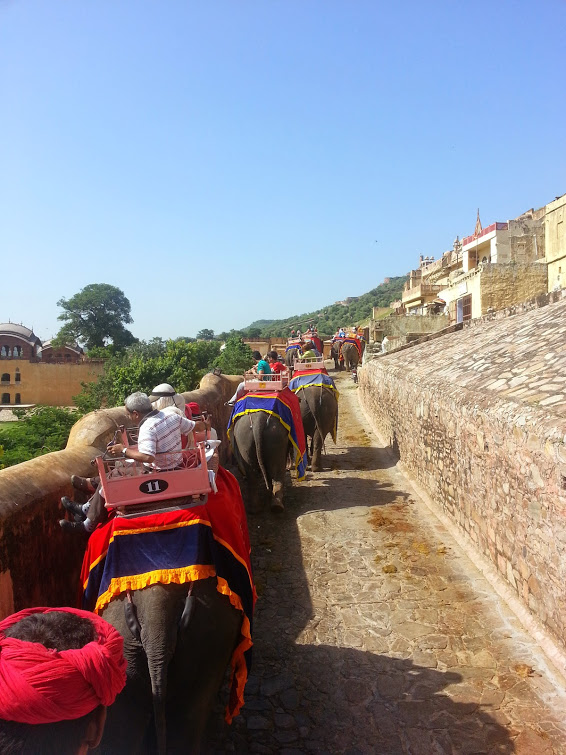 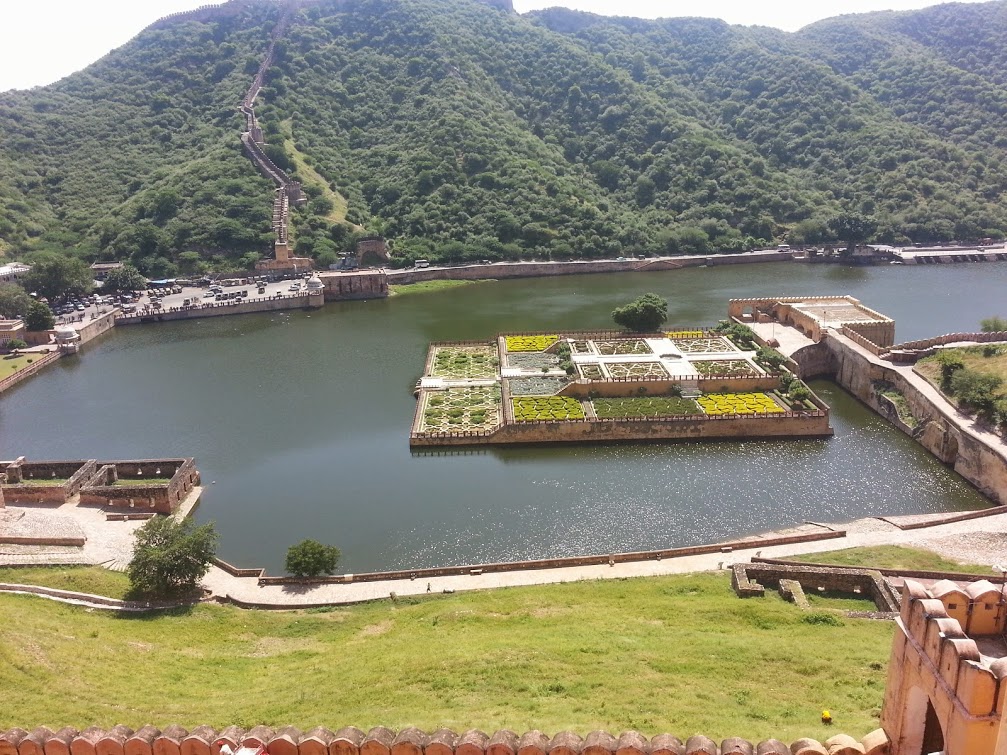 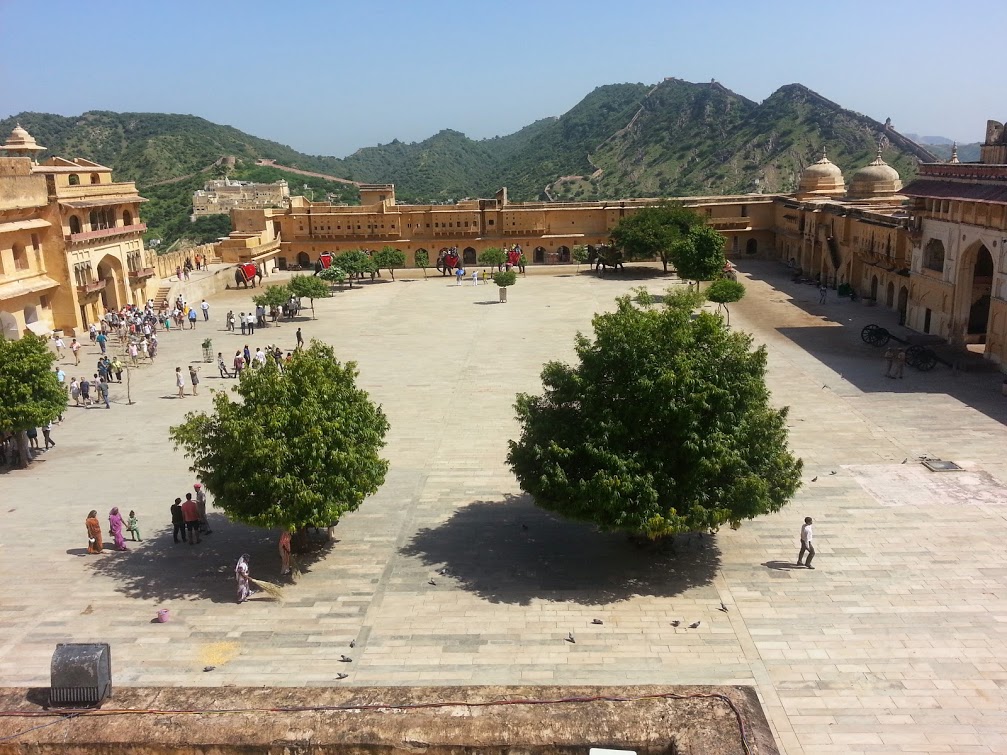 We stayed in Jaipur for two nights before we headed off by train to Agra.  Crossing the road turned out to be a bit of a challenge. With four lanes in each direction it felt like running the gauntlet. We watched our guide, he walked slowly into the middle of the traffic and each of the eight lanes seemed to stop or slow down one at a time. No problem!! As for me I spent about three minutes in the middle of the road looking for the right second to make a dash. This is India. 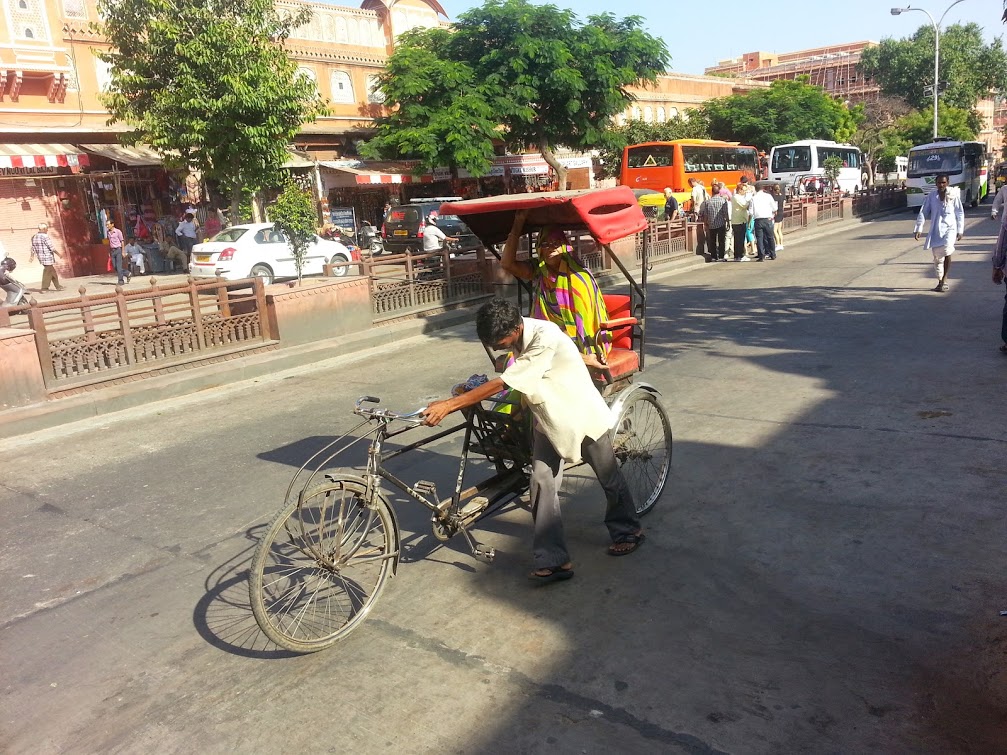 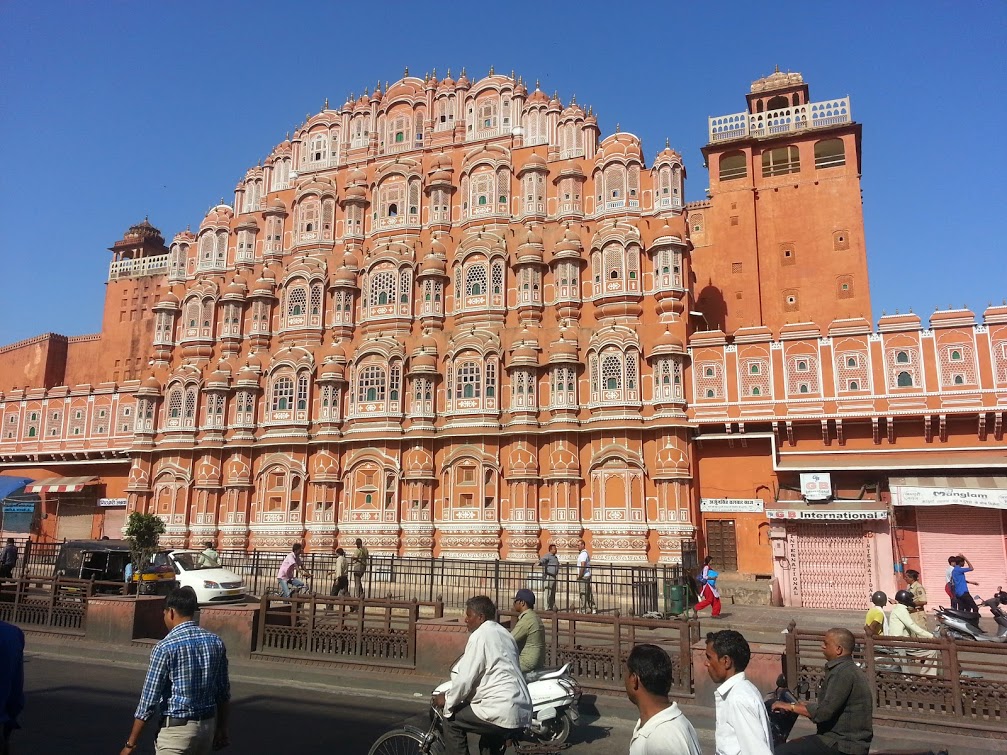 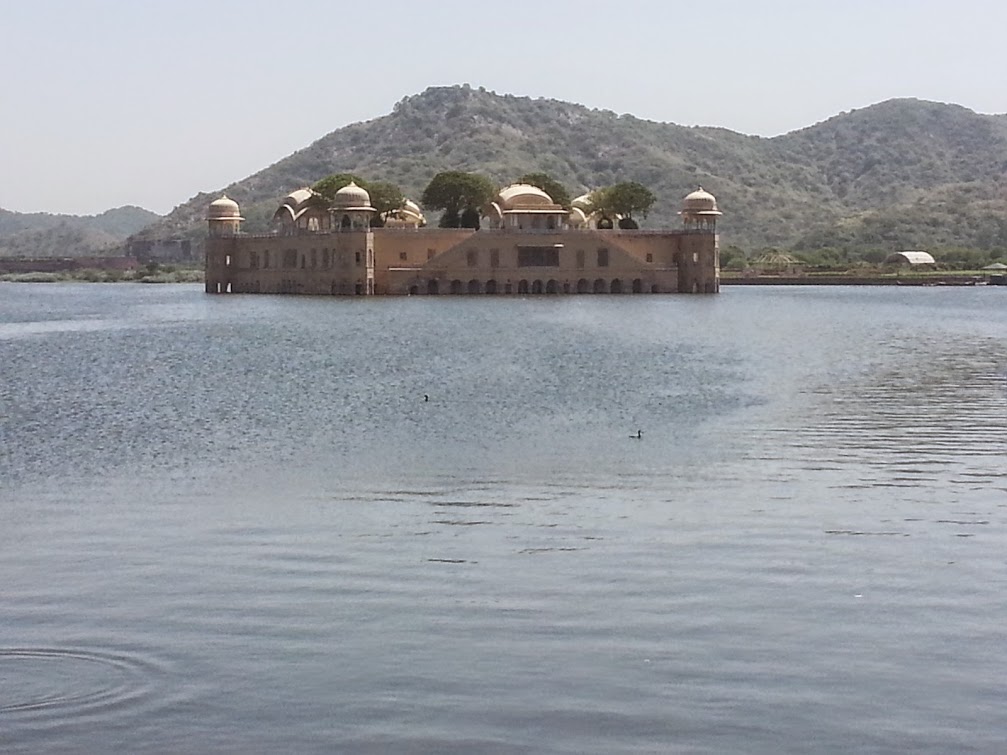 The train journey is an experience, even before you leave the station. We were lucky because we travelled 1st class. Lots of young men hitch lifts on the roofs of trains and the carriages are crowded, very crowded.

Agra is famous for the Taj Mahal but the lesser known “Red Fort” is an outstanding example of Mugal architecture. This fort was the stronghold of the Mugal Empire under successive generations. An evening visit to the Taj Mahal was something to remember. It was crowded but there was no delay getting inside. I have to confess some ignorance as I was unaware that it was built as a burial chamber. It is everything I expected and more.

When we were in Agra we hired “Rickshaws” to see as much as we could in our free time.  The drivers were friendly and helpful and keen for more business. 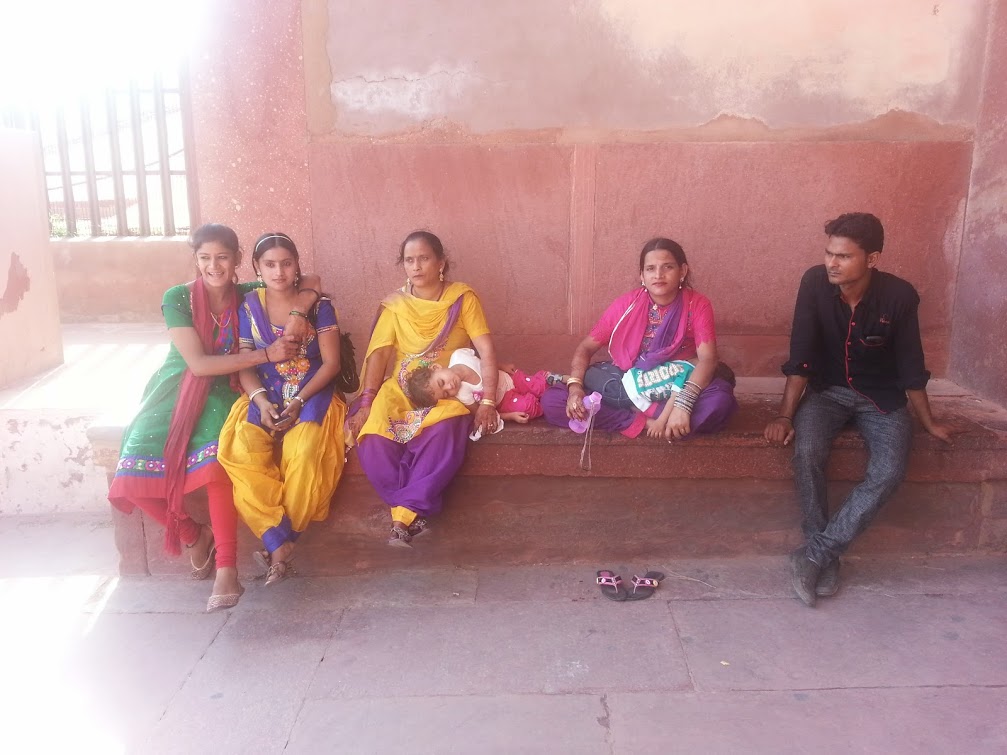 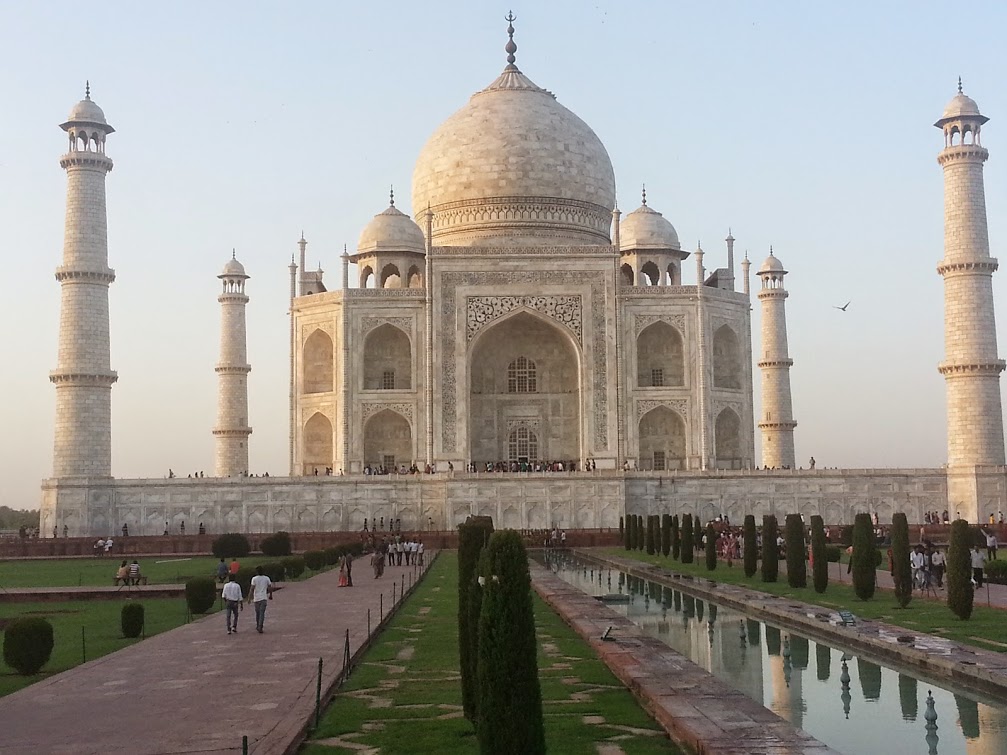 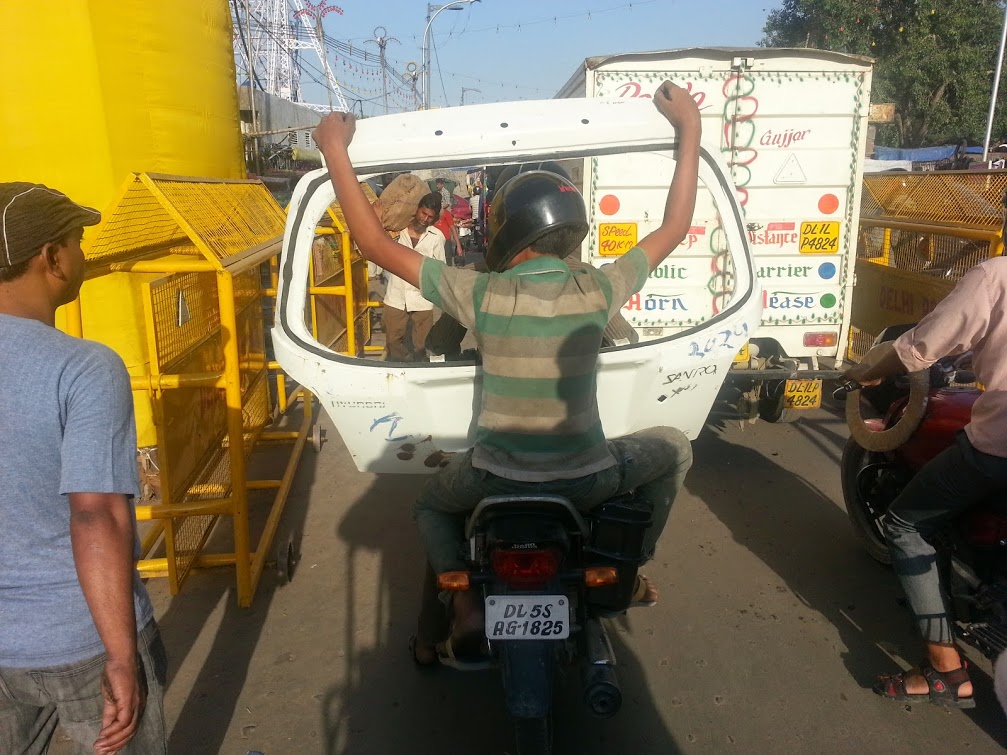 Next stop is  Delhi. The journey there was equally exciting and we regularly saw people and even some monkeys sitting on the roofs of busses. There are seventeen million people living in Delhi and we probably saw most of them!!! The traffic can be chaotic and the noise and bustle is everywhere. Delhi is an exciting city and the mix of old and new as well as the contrast of extreme wealth and abject poverty has to be seen to be believed. The people are exceptionally friendly and everywhere we went we were met with similes and a warm welcome.  I never felt in any way threatened even in the midst of the apparent poverty of the old city. Every turn we made was fascinating. 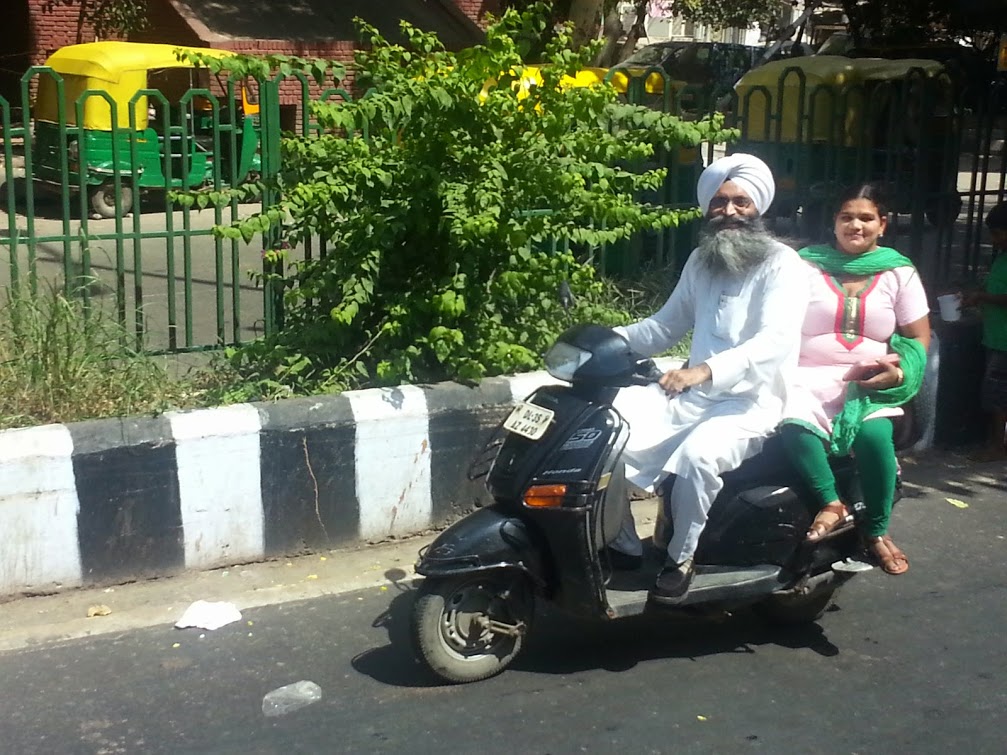 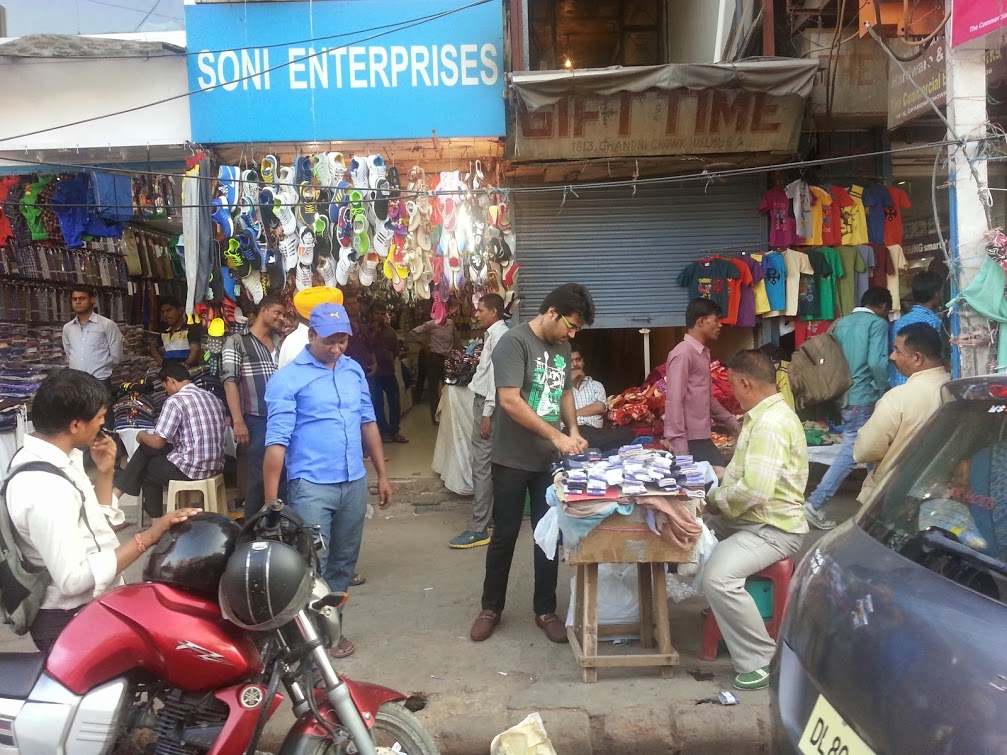 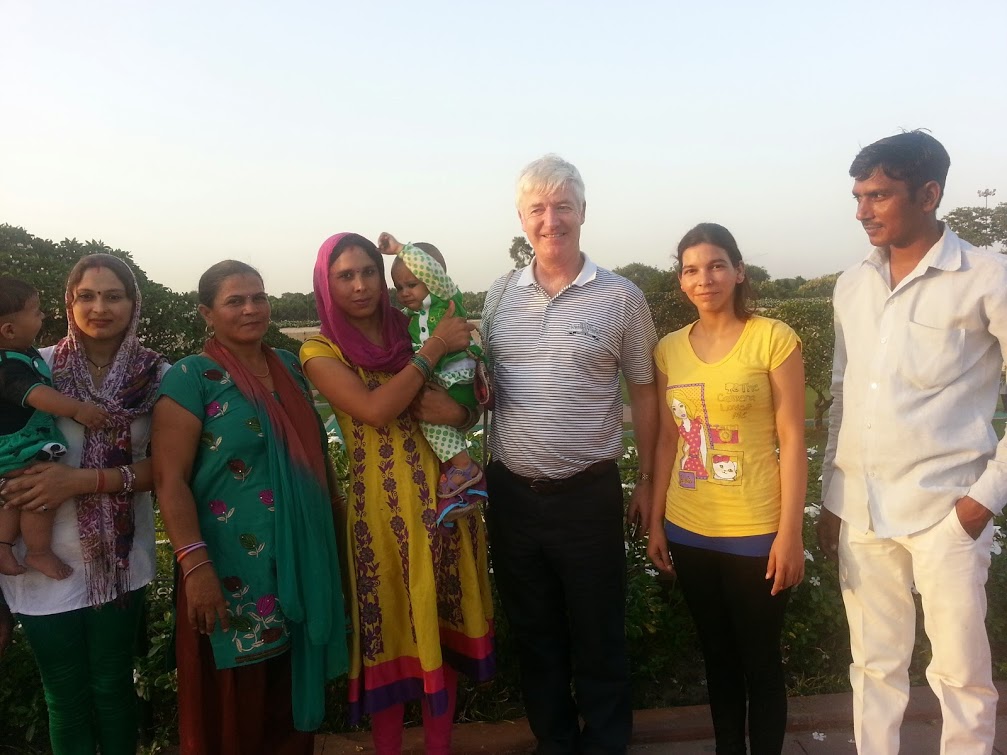 When it comes to food there is lots of variety.  Some of our group loved all the spices and currys and others preferred something more bland.  Some of our group were a little bit affected with minor cramps and tummy upsets, but nothing serious. It was probably more to do with the frequency of spiced food than anything else. That said we were very careful about hygiene.

For me India is about smiling people, vibrant colours and complete contrasts. I would go back again in a heartbeat.